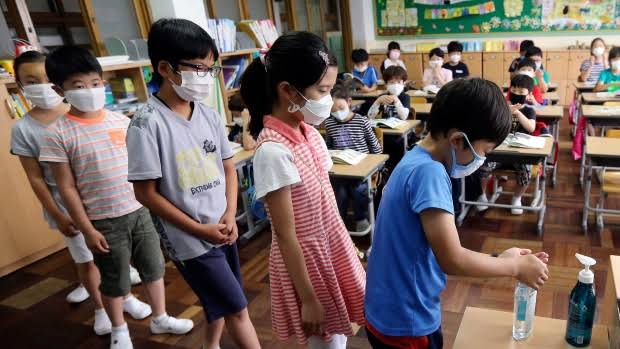 South Korea Decided to re-close schools, parks, and Museums again after receiving a new spike in coronavirus cases. Also, it cautioned to increase the level of restrictive measures in order to fight with COVID-19 that again surged after easing a lockdown nationwide.

More than 200 schools were reopened after having the pandemic situation under control, but after one day, daily cases-ratio for COVID-19 reached 79 on Tuesday, the highest single-day jump in 50 days.

Health Ministry of South Korea, Park Neung-hoo said that closing of the facilities would continue for two weeks as this time period is crucial to avoid infection. Moreover, new measures would need to be implemented if a country observes 50 cases daily for a week in succession.

Most of the cases had spread locally, especially were recorded in the Seoul area in the distribution center.

The warehouse, which is moved by the nation’s leading e-commerce giant, Coupang, was not complying with the measures imposed by the government, authorities said. Officials have even found out the impressions of infection on employees’ shoes and clothes.

Park suggested the companies to ensure flexible working again to avoid new-attack of infection. To make it more effective, people have been asked to maintain social distancing and avoid rushing to packed places.

Moreover, bars and nightclubs were ordered to be closed earlier in May after it was revealed that some of the cases were linked with them.

South Korea was hit worst by the pandemic earlier this year, but the recovery from it was quick and remarkable and was appreciated worldwide for its effective strategic practice for fighting against the virus.

It is being said that the case ratio might surge after testing employees of the distribution center for COVID-19.