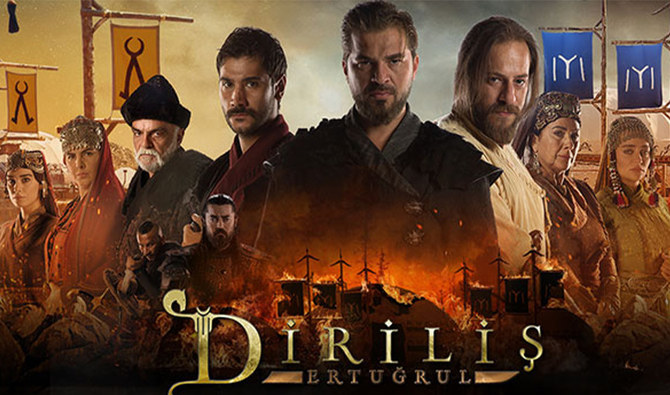 Dirilis Ertugrul the Turkish drama that has been aired in Urdu in Pakistan and its characters, has become a topic of conversation.

If you are a fan of this drama, you must be well acknowledged with the characters including Ertugrul, Halime Sultan, Turgut, and Seljnlan.

So let us introduce you to some of the main characters of this show.

Duzyatan is playing the main lead role of “Ertugrul ” in this famous show. He was born on the 26th of July,1979 in Izmir, Turkey.

He had interested in acting since his childhood and he has graduated from Izmir’s Docks Elliot University in 2001 and then he came to Istanbul in the search of work.

He first appeared in Roohsar and after that he acted in many drama serials and become popular.

He has acted in many films and dramas. His films include Romantic Comedy and Bezanan Kadnlari.  Apart from films and drama, he has also acted in theaters and he was the director of drama “Dar Ayakbi Alay” performed at Diyarbakir National Theater.

He had become quite famous after playing the Ertugrul role.

In an interview that he liked the Ertugrul’s story. After Ertugrul, he is now playing the lead role in drama serial “Crime”.

Ertugrul’s lover and then his wife, Esra Bilgic was born in 1992 in Ankara.

She received her degree in archeology from Hejtep University. After this, she graduated from Ankara’s Balkin University with a degree in international affairs and is now studying law.

Ersa’s role Halime Sultan in Ertugrul was her first role and she gained a lot of popularity from this role.

She quit working in Ertugrul in 2018 after she got a film. Nowadays, she is playing the lead role as “Ramu”  in Drama Crime. She described Halime Sultan’s role as a difficult one and it was a great opportunity.

She was married to Gokhan Toure in 2017, a Turkish footballer who played for the Turkish national football team. However, their marriage ended in 2019.

Cengiz Coskun, who plays Ertugrul closest friend and companion’s role, Turgut Alp, was born in 1982 in Istanbul. He is a graduate of Sports Academy and a professional basketballer. In 2002, he started modeling and acting. In 2005, he started his first TV drama. The biggest project of his career before Dillirus Ertugrul was Victory 1459.

I know you’re totally impressed by the conspiracies of Ertugrul’s brother Ganguly’s wife Seljan in the play.

Didem was born in 1982 in Ankara. She was graduated from Ankara’s University with a degree in theater and after that, she moved to Istanbul where she worked in several films and drama serials. She has also won many awards on her acting skills.

On the 9th of May, she got married to her fiance John Eden.

The wedding was supposed to held in June, but due to the Corona pandemic, they tied the knot in a small ceremony.

They also shared the wedding ceremony with their loved ones on Zoom.