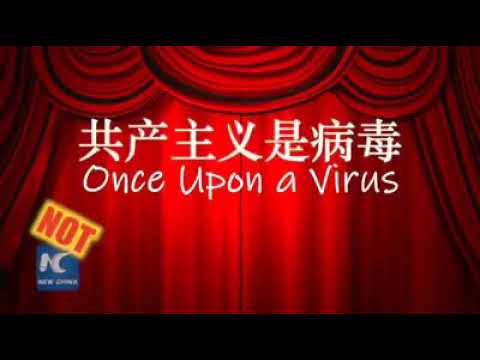 The Chinese media outlet, Xinhua has issued an animated clip from China that mocks US response towards COVID-19 using lego figures to symbolize the US and China. The animated video clip titled “once upon a virus” published by the Chinese state news agency featuring China as terracotta warriors and the United States as Statue of Liberty.

As it is known worldwide, Washington and Beijing are set to a battle war of words over corona issues, putting the blame onto China that it is involved in expanding pandemic all over the world.

However, China has already condemned the accusation from the US to be involved in the preparation of COVID-19 in the Chinese virology lab.

On Thursday, US President Donald Trump claimed he had seen the proof regarding the preparation of coronavirus in labs. He affirmed on his statement that China may have developed the virus and facilitated it to be spread worldwide, but denied to provide the evidence over the claim.

China mocked US response to COVID-19 by presenting an animated clip 'Once Upon a Virus'.#corona #worldwidestories #coronavirus #china #usa #us #usa🇺🇸 #mocked

The dialogue starts when the curtain opens and the warriors say,” we have come across a new virus.”

“Don’t wear a mask, it is just mild flu,” answered Statue of Liberty.

Also, states, imposing lockdown throughout the nation were a violation of Human Rights.

The video portrays the current situation between China and America. As America did not pay attention to the situation earlier when China suggested it to take note, later started blaming China for the initial COVID-19 cover-up.

Recently, Trump criticized World Health Organization (WHO) and China saying, “China has been misleading the rest of the world by providing false information regarding the pandemic.”

“The WHO failed to scrutinize believable reports from sources in Wuhan that conflicted directly with the Chinese government’s official accounts,” Mr. Trump said at the time.

The video clip picturizing the scenarios happening between the US and China. It reveals how China warned the US over major concerns of a pandemic but the US responded carelessly over the matter. Now it has been incurring danger.

The United States’ situation has been worse than the rest of the world due to COVID-19. As per the Johns Hopkins University, approximately 233,257 deaths and 3.2 million cases have surfaced In the US so far.

Chip Implantation Into Human Brain Could Be Harmful