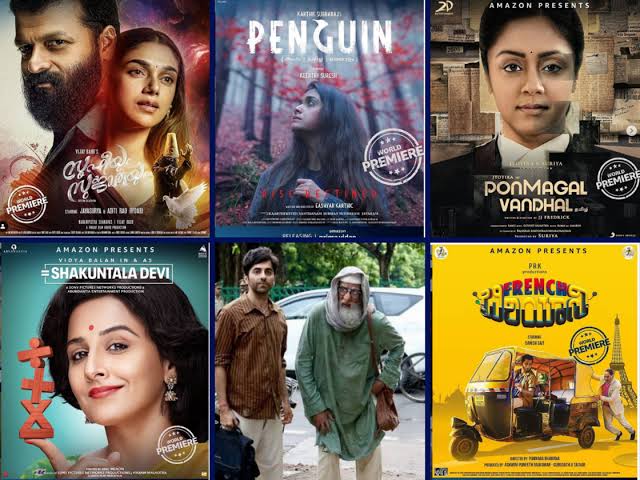 The new exciting and fresh content is on its way as the next wave of Bollywood films are releasing on Ott platforms (Streaming services) such as Disney+ and Hotstar. The new flicks will be going to feature us some of our beloved stars and hype is on an extreme level. Some of the upcoming movies are mentioned down below:

This tremendous and nicely  impressionable film will feature Akshay Kumar and Kiara Advani at their fullest. This movie is going to be a remake of the critically acclaimed Muni 2: Kanchana which is a Tamil movie with a similar premise as in this film. As we know Akshay Kumar’s versatility, he will not let us down.

This movie will be a long-awaited sequel of the 1991 film Sadak and this will be the source of getting Mahesh Bhatt in the throne of director’s chair. The movie is going to be a team-up with Alia Bhatt who is the daughter of the director. The film will also star Aditya Roy Kapoor, Sanjay Dutt, and Pooja Bhatt.

3. Bhuj: The Pride of India

The movie will re-imagine the Indo-Pakistan war which took place in 1971. The film will base around Squadron Leader Vijay Karnik. The titular character portrayed by Ajay Devgan as his important role will embark on the events of the film. The film will also star the talents of Sanjay Dutt, Sonakshi Sinha, Sharad Kelkar, Nora Fatehi, and more. The film marks the directorial debut of Abhishek Dudhaiya.

The film will rely on Abhishek Bachchan as he is the stockbroker and committed many financial crimes which will become the core part of the movie. Abhishek began shooting the film in September 2019 and was scheduled to release in October 2020 before the crisis of pandemic. The film also features Ileana D’Cruz, Nikkita Dutta, and Sohum Shah in the upcoming flick.

The film is going to be a romantic feature and a remake of the Hollywood film The Fault in Our Stars, which also adapts itself from the novel of the same name. The film will feature the late Sushant Singh Rajput and Sanjana Sanghi in the lead roles while Saif Ali Khan will also have an important character in the film. The film was scheduled to be released on May 8 but it is since delayed due to the lockdown.

The film will follow Kriti Sanon as in the role of a Surrogate mother. The film will mark the second collaboration between Kriti Sanon and Laxman Utekar as they last collaborated in Luka Chuppi. The film is the remake of the award-winning Marathi film Mala Aai Vhhaychy! (2011). The film stars Pankaj Tripathi, Sai Tamhankar, Manoj Pahwa, and Supriya Pathak.

The film will be showing Vicky Kaushal’s brother Sunny Kaushal in the lead role and Radhika Madan is also in the movie with a pivotal role. Mohit Raina and Diana Penty will also be seen in the film. The film is directed by Kunal Deshmukh.

The film is going to be a comedy flick and will star Kunal Khemu and Rasika Dugal. The film is directed by Rajesh Krishnan. The film met with a number of delays and it was set to be released on April 10 but due to lockdown, it will get the digital release.

All these movies will be releasing on ott platforms rather than theatres so, tighten up your seat belts to have a long ride through mesmerizing bollywood films.