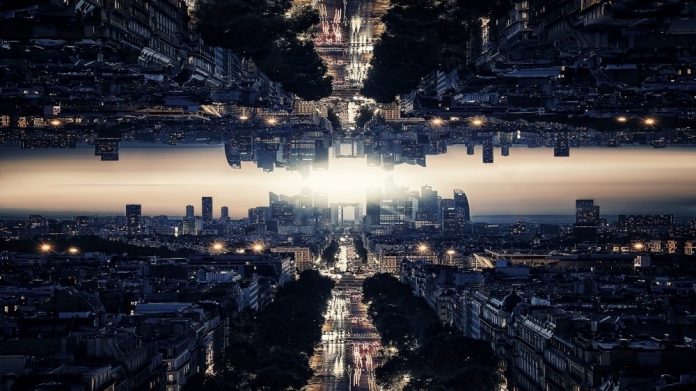 The internet has set on fire with amazingly notable news by NASA regarding Parallel Universe. Plenty of questions aroused in many minds, how could it be possible? Can we imagine the world the same as that of ours? How did NASA come across these findings of having another universe containing the people as our world does? How do the dwellers of that universe would have lived so far and are living?

The idea seems exciting, it has been a sparking news so far, creative minds have been interested to know if it is for real. Media have been a centre of attraction as many memes, fascinating articles and news have circulated about the recent discovery of NASA.

The most catchy thing about the parallel universe is that its time goes backwards. The word ‘parallel’ is named because the universe that is said to have been found out by NASA is a mirror to this existing world. That means, the discovered world should go to 2019 as per the reverse impact of the world.

The report about the discovery was published in a magazine the New Scientist named ” we may have spotted a parallel universe going backwards in time.”

One of the Twitter handles took it to the social platform, “so NASA just discovered evidence of a parallel universe ……………………. brb while I go scream.”

Another Facebook user posted, “SO NO ONE IS GONNA TALK ABOUT HOW NASA DISCOVERED EVIDENCE OF A PARALLEL UNIVERSE TO OURS WHERE TIME RUNS BACKWARDS AND ITS LAWS OF PHYSICS ARE OPPOSITE TO OURS??? okay.”

But, it has been suggested that the concept of a parallel universe needs strong-enough evidence to prove the certainty of discovery.

Reports that are declaring it a true concept based on a published article in New Scientist on April 8 2020.

“Explaining this signal requires the existence of a topsy-turvy universe created in the same big bang as our own and existing in parallel with it. In this mirror world, positive is negative, left is right and time runs backwards. It is perhaps the most mind-melting idea ever to have emerged from the Antarctic ice – but it might just be true…” chunk of the report explains.

Though the above-mentioned part reflects the certainty of the concept for the parallel universe but there is much more to understand in order to come up with complete authentication for the discovery.

What is this ‘Signal’ the Report Explains?

In the report ‘signal’ refers to the subatomic particle called Neutrinos. These subatomic particles are way more powerful than the world’s energy and can pass through any object without difficulty. The rate of passing these particles through the body per second is more than a trillion. NASA scientists in Antarctica, working with Antarctic Impulsive Transient Antenna (ANITA) to measure the flow of Neutrinos coming from outer space. Scientists have seen abnormal measurements for Neutrinos in which they are coming from inside of the planet Earth.

Therefore, it is not convenient to say they have discovered another world, while the loose ends can be seen in the theory of parallel universe. Evidence is not enough to declare the existence of discovery is certain.