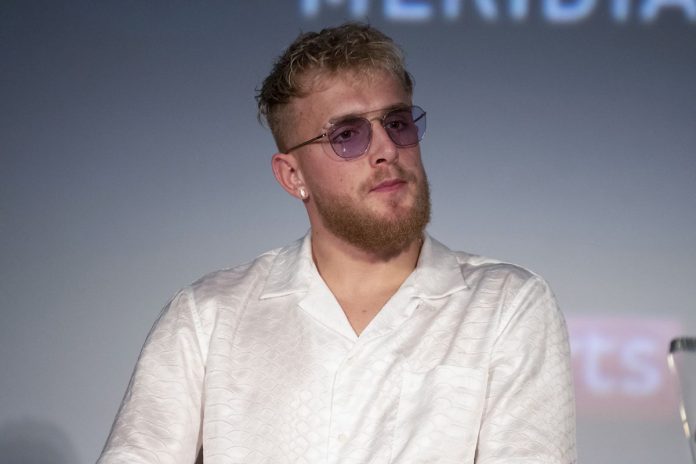 As per the videos and tips received by the authorities, a famous Youtuber Jake Paul was accused of getting involved in the riot in Scottsdale, Arizona.

Who hasn’t heard about Jake Paul, a famous Youtuber, his entertaining vlogs, and his brother’s compelling  Impaulsive podcast. But Jake Paul fans will find this news a shocking one as the popular Jake Paul is recently charged by the police for ‘allegedly involved in the riot’. We know that the things in North America aren’t going well because of the worldwide demonstrations in support of the ‘Black Lives Matter’ campaign and people are not happy with it.

The police forces in Scottsdale, Arizona have hooked Jake Paul with charges as he participated in the mall riot over the weekend. The Police had him spotted on Thursday-crowd within the engaging riot. Police identified him as 23 years old Jake Joseph Paul mingling in the crowd even after the mall was closed.  The Police stated that ‘He reportedly and unlawfully entered into the riot of Scottsdale Fashion Square mall’. This is not the case with this personality as he had many controversies sparked into him and there are many reasons to hate him but this is not the same this time because we have many evidences to look by this case which is lying under the bed.

Officials also shared their statement that his vast fan following on YouTube was also present after the riot was declared and the un-assembly and uninvited rioters were told by the police to empty the violent zone.

That’s not the case, Paul was charged with criminally and illegally trespassing into the crowd which was unlawfully hanging outside of the mall and the area was hot because it was a total massacre and people were smashing through the mall’s stores and a bunch of other places. But Paul was not involved in any kind of looting. He took this matter to his Twitter account and denied any kind of involvement in this case and the massacre that caused the loss of millions of dollars by the looters that all took place over the weekend. The Police department also claimed that ‘he remained in attendance with the unlawfully assembled people and was spotted later’.

Reports of  Jake Paul’s latest tweet about the charges for Thursday-event afternoon which implied, “gimme my charges and let’s put the focus back on George Floyd and Black lives matter.”

He further wrote, “We were documenting and sharing the experiences of how our neighborhood is suffering from such a racist situation and we just want to share our experiences. We were strictly documenting not engaging.”

Although the critics and other online authorities are not quite happy with his latest action. We can now only hope that it does not make further heights as his last controversies did have an impact.