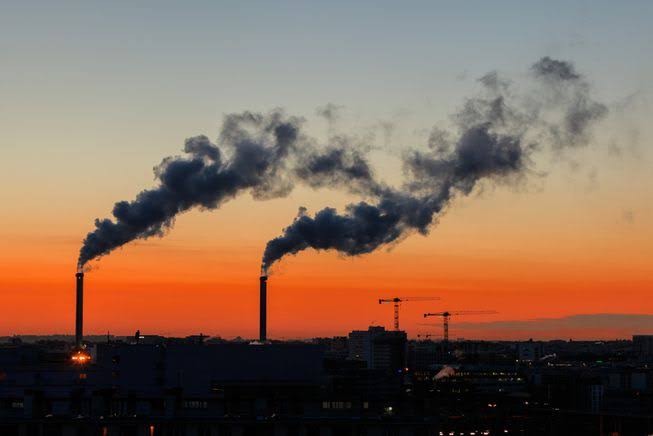 According to a study by Harvard University in the United States, the death rate from Coronavirus is higher in regions where a large amount of PM 2.5 particles are present in the air. It seems the increased air pollution triggers the virus to be lethal.

According to the Officials of the World Health Organization WHO, the information says that the increased level of polluted air could pose an additional and dangerous threat to people who are severely affected by Covid-19.

Recently some studies have found the significant link between Air Pollution and Covid-19.

One of the officials of the WHO Department of Public Health and Environment says that the countries which are highly populated should be prepared and ready to fight against the Corona Virus pandemic.

He further says, “We are looking at countries in Latin America, Africa, and Asia where ‘Air Pollution’ is to a greater extent and we will navigate the most polluted cities in these areas with the help of the data provided by authorities so that they can plan accordingly against the current epidemic.”

Medical experts state that it is too early to prove a direct connection between corona pandemic and Air Pollution but in many countries where Air Pollution is high, Medical experts have observed the patients having health problems due to air pollution were more affected by Coronavirus.

According to WHO, Air Pollution kills about 7 million people worldwide. As per the World Bank reported on global air pollution published last year, the countries most affected by Air Pollution are in South Asia, the Middle East, Sub Saharan Africa, and North Africa. Many WHO and UN reports on environments have informed and identified several cities in Latin America, countries including Chilli, Brazil, Mexico, and different cities of Peru are dangerously affected by Air Pollution.

Research has shown that if Air Pollution had been reduced many years before the outbreak of the Corona Virus, the death rate from the virus would have been much lower than currently, it is.

Moreover, the study explains before the outbreak of Covid-19, there was an increase in airborne contaminants and due to this increase, it resulted in a 15% increase in death toll with Covid-19.

The study mostly covers the cities of America. Using National Air Pollution and Census data, they have been compared to the death toll figures at John Hopkins University’s  Corona Virus resource center. According to the study by Harvard university TN China School of Public Health, the death toll has increased in the areas where PM 2.5 particles are at a high level.

PM 2.5 contains very small particles in the atmosphere that are comparatively smaller than a human hair. The particles are linked to Respiratory infections and Lung cancer. Another study in Itlay has found that the increase in air pollution is one of the biggest causes of death in the region during Covid-19. A joint study by the University of Sania in Itlay and Aarhus University in Denmark also points out a link between Air Pollution and deaths from the Coronavirus. As of March 21, the death toll from Coronavirus was 12%, higher in Lombardy and Amelia regions of the country. According to the study, Air Pollution in Northern Itlay should be seen as an additional factor for the cause of a higher death rate.

According to WHO, 90% of the world’s population lives in areas with high levels of air pollution. Most of these populations are in poor countries.

Caesar Bogasson, A respiratory therapist in the Philippines says preliminary figures from his country show that almost all people who have died from Coronavirus already had health issues and most of them were related to a high level of air pollution.

In 2002, the SARS epidemic was caused by a virus belonging to the same family of Coronavirus. The SARS epidemic had shattered to 26 countries, killed 8,000 people caused about 800 deaths.

Air pollution levels around the world have dropped during a pandemic but are feared that pollution will rise again as lockdown eases.