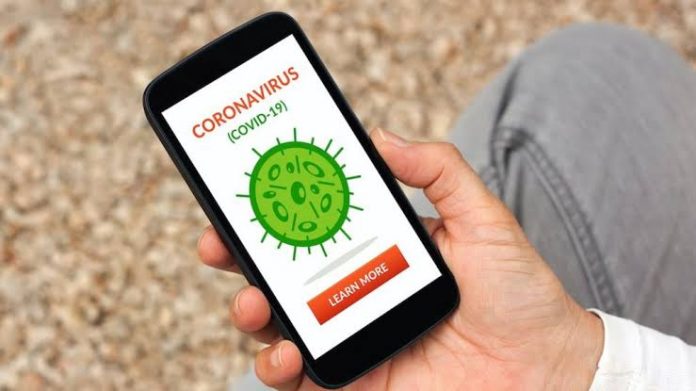 UK contact-tracing app is being expected to be built within 3 weeks. The app which is aimed to trace the people when they have closer interaction with COVID-19 infected individuals, notify them.

Chief Executive of NHSX, a digital support system of NHS, Matthew Gould, takes the responsibility of developing the application, the members of parliament on Tuesday add further, the app will first be trialed at the small areas, after getting positive consequences, it would be deployed to a wider extent.

“We are, I hope, on course to have the app ready for when it will be needed, at the moment when the country looks for the tools to come out of lockdown safely,” Gould told the U.K. parliament’s science and technology committee.

This would take a maximum of two to three weeks for this application to be deployable technically, he added.

Corona-detecting app by the NHS will surely be crucial to help make lockdown restrictions milder, the UK government claims. In excess of thousands of manual contact-tracers will need to be employed to make this move effective.

The previous week, a chunk of news surfaced that the NHS was already trialing the app in England.

The application deploys short-scaled signals of Bluetooth to trace when the two or more than two individuals have come closer for a particular time span.

People will receive an alert from the app when they have contacted other individuals who are positive for COVID-19. The notification will suggest the people to get the test for the disease or get themselves isolated.

In order to make the app privacy-protected, the app will not notify the name of a person to the receiver who prompted the alert.

Now there is another issue to be focussed for the government, privacy activists, and tech corporations. The debate is all around whether the app should be centralized or decentralized.

What we know is, the centralization of the app would authorize the government to data, while the decentralized application would put the private companies in charge.

NHS has developed a centralized application to monitor the contact matching occurrence on the computer.

The UK, unlike other countries such as European states,  is persistently avoiding Google and Apple’s fresh application built around decentralized platform. Instead, the NHS will deploy the app based on a centralized platform to carry out those things which could not be done when there is phone-to-phone propagation, says Gould.

Approximately, more than 150  academics wrote an Open Letter to Gould on Wednesday notifying the application developed by NHS could cause the British community to be surveilled.

“We urge that the health benefits of a digital solution be analyzed in depth by specialists from all relevant academic disciplines, and sufficiently proven to be of value to justify the dangers involved,” the U.K. academics wrote.

Ross Anderson, professor at the University of Cambridge expressed his opinion publically, the small fragment of privacy exposure is acceptable when there is a disastrous situation ahead to battle with.

Many of the other developed countries like Singapore, China, South Korea, Australia have already launched contact-tracing systems with great success.

Singapore is the first country in the world to deploy the app and Australia launched the app on Sunday and about 8% of its population downloaded the app in just 24 hours after it went live.