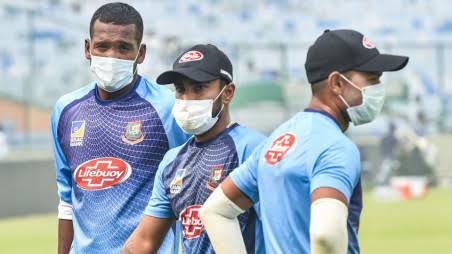 Cricket is considered an extremely cheerful and engaging game globally but somehow 2020 seasons are postponed due to the COVID-19 pandemic the whole planet is facing right now, the Indian premier league and the T20 WorldCup in Australia were postponed due to the lockdowns and strict laws, the most of the countries have imposed a ban to stop the spread of the virus which in return had affected the cricket industry, well it’s the time in 36 years after the world war 2 that the government has canceled the events which are a really big source of income for them.

The T20 world cup is scheduled in October however the pandemic situation has caused the international cricket council to reschedule it, international cricket council stated on Friday,17 April that they are looking into all the options and putting their 100 percent to make it happen in 2020, but due to some reports, it’s being expected that the World Cup T20 Series will be pushed to 2021, if this COVID-19 situation does not resolve anytime soon, the West Indies would have to wait for longer to defend against  Australia.

The board of control for cricket in India stated on Wednesday that the coming season of the Indian Premier League 2020 has been postponed due to the ongoing pandemic situation in India, as the Prime Minister, Narender Modi has canceled all the major activities nationwide till 2 May as he imposed a lockdown which is still being expected to extend because the situation has not changed since the 15 April, the virus is still on the verge.

the BCCI President SOURAV GANGULY stated that I can’t say anything until now so far the situation of India haven’t changed yet and we may have to push this season to next year as the country is in a difficult position, and if the Olympics can get postponed to next year, the IPL is a much smaller thing as compared to that. However, that could become a financial problem for India. IPL is the greatest source of income for India, it generates 11 billion per year. If it would not be held this year, it could cost the BCCI a major RS 3,869.5 Crore including the  3269.5 crores of broadcast and streaming revenue, 200 of central sponsorship, and 400 of title sponsorship revenues.

The Pakistan Super League had to deal with some major problems as it got to the semi-finals before it was called off, with a decision of playing the other three matches on some other date, and when that would be, haven’t decided yet.

COVID-19 has not just affected the professional game, but other hundred of amateur cricketers wondering if they will get to play cricket this summer. Any individual hoping to watch, listen, or play cricket could have to wait a little longer than they are expecting, as the planet faces a bigger problem than the impact on the game.