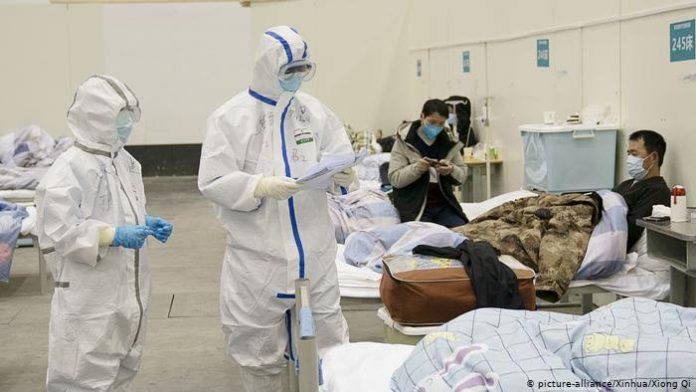 The coronavirus proved to be a challenge for the Medical System of China. It had beset China, leaving a disastrous impact on the country, and the invasion of the deadly virus on China highlighted the failings in the Chinese Health system.

Director of China’s Health Commission Mr. Li Bin confessed to the media about how the public health system failed to deliver what he must do amid pandemic but the performance was opposite.

The confession statement surfaced after a great cynicism from many countries including The superpower US over the Chinese medical network’s early performance.

The country will come up with better strategic plans against disease, says Mr Li. Also, it promised to enhance the public health system and data gathering.

Recently, the country has faced accusations from the US that the virus was man-made, developed in Chinese laboratories.

China has now promised  North Korea to help fight the pandemic there.

China has been criticized for not responding quickly to the virus and for sending a late alert to the international community about the outbreak.

China has rejected the accusation of producing any virus and providing any misleading information regarding it. The country further said it rejected the call for an independent international investigation.

The EU report claimed in April that China provided misleading data regarding the crisis. Li Wenliang, a doctor from China who tried to notify the authorities regarding the early situation in December but was told to ‘stop making misleading comments’. Later, he died of corona in Wuhan.

Globally, the situation due to the pandemic has gotten worse, with a total tally of 4 million cases and death record surpassed 275,000 figure.

Li Bin said the commission would overcome the weakness of the health care system by centralizing its system and bringing improvement in the utilization of data and AI (Artificial Intelligence).

According to the Chinese media outlet, China has offered its services to the North Korean Leader Kim Jong-un after receiving a “congratulation” from him for the successful recovery against COVID-19, to help fight Coronavirus there.

Recently Chinese media on the behalf of the Chinese government, released a video clip named ‘once upon a virus’ to showcase the scenario between the US and China, about how China had alerted the US about coronavirus but it took it lightly, as a result, had to face the bad consequences.