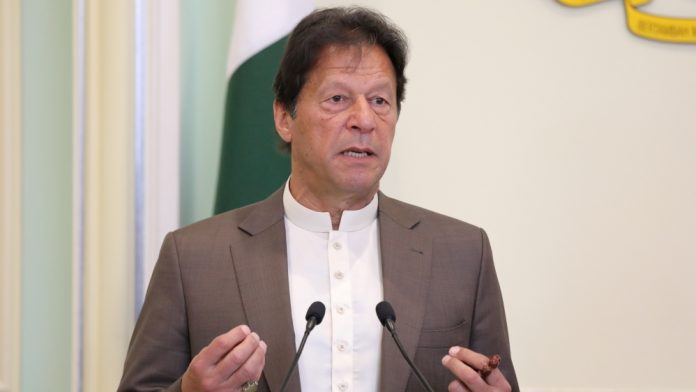 The Government of Pakistan has sought help from its Intelligence agency, Inter-Services Intelligence (ISI) to collect the data of the COVID-Infected community all over the country.

PM Imran Khan confirmed the news himself in live telethon at national tv channel saying the country is utilizing its latest resources to detect the victims of coronavirus throughout the country.

Further, he explained, ISI has offered a modern-tech Track and Trace System that was genuinely designed for the elimination of terrorism but is being used to cope with COVID-19, a quickly-transmitted disease.

The spokesperson of Prime Minister, Dr. Faisal Sultan confirmed about using the system offered by ISI to track and trace the people infected with COVID-19 to further investigate how many of the people are linked with that person to prevent the spread of coronavirus.

Intelligence agencies and mobile networks carry a large amount of data from the people. This is the only helpful way through which we can identify to what extent has the coronavirus expanded around the virus victim, he stated.

We are getting that information to detect the wanted person to prevent the area from becoming a danger zone to the rest of the people, he added.

According to the spokesperson, infected people will be sought through their phone numbers and addresses, then will be examined if they are COVID-19 positive and the data regarding the scenario would be shared with the federal and provincial authorities.

However, privacy concerns surface using this system. Most of the population does not even know their personal credentials are being conveyed through ISI.

Here, Many questions pop in mind, will any safety precautions be taken into action? Why did they not involve the police in this matter?

To all the questions, Mr. Faisal responded, the police department is playing its role effectively, the gathered information would also be shared with police authorities as well as Health Care authorities in order to check how vast the spread of virus occurred and which areas have been affected the most.

When it comes to privacy, the community’s private data would be kept confidential there will be no violation of privacy. ISI is just offering technical help to the country in this pandemic situation.

Finally, he said the method is in its early phases, it has been a couple of days using this system by the government of Pakistan.