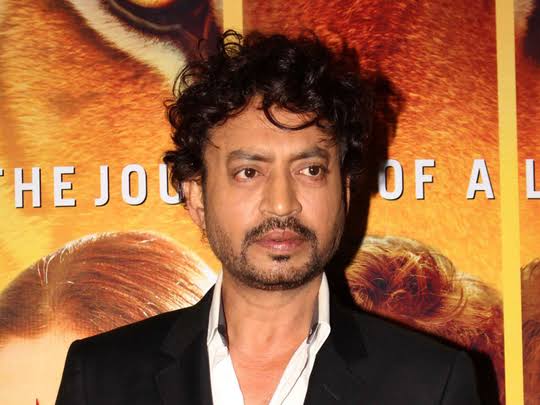 Irfan khan, who has worked in more than 100 films of Bollywood and Hollywood passes away in Mumbai. 53 years old Irfan khan was diagnosed with neuroendocrine tumor (Intestine Cancer) and he had returned to India last year after getting treatment in London.

He was admitted to Intensive Care in Kokilaben Hospital in Mumbai on Tuesday, his spokesman tells to media in a statement that Irfan khan had been brought to the hospital due to Colon infection.
However, on Wednesday Irfan khan family confirmed his death news. His spokesman said that “Irfan was a strong-willed man who fought till the end. He always encouraged those who came near him. After being diagnosed with abnormal cancer in 2018, he faced challenges ahead and managed his life. He loved his family so much and has gone to heaven. He had also received a lot of love from his family. We all pray that his soul rests in peace.”
Irfan khan has been buried in Mumbai’s Versova Cemetery and due to lockdown, almost two dozen people attended his funeral.
Recently, Irfan khan’s mother Syeda Begum had also passed away in Jaipur, Rajasthan and due to nationwide lockdown, he could not attend his mother’s funeral.
According to the news, he attended his mother’s funeral at a video call.
In 2018 when Irfan khan found out about his illness, he told his fans about his illness himself by tweeting ” Something happens in life that takes you further, the last days of my life have been like this. I have a disease called a neuroendocrine tumor. My loved ones are giving me strength and hope.”
Soon, after finding the disease, Irfan khan went to London for almost a year and returned to India in 2019. After his return, Irfan khan started working again and a few months ago his film ” Angrezi Medium” which is a sequel to his successful film “Hindi Medium”.
According to Indian Media, Irfan’s Health often deteriorated during the shooting of the film. In such cases, the entire unit had to stop shooting several times and the shot was taken when Irfan felt better.
Irfan khan acted in more than 100 Bollywood films in his career, his successful films include Piku, Maqbool, Hasil, Hindi Medium, and Pan Singh Tomar.
Irfan khan was awarded “Padma Shri” award in 2011 for his services in the field of acting, while in 2013 he was awarded from “The Best Actor” for his acting in Pan Singh Tomar and his this year in France in a film festival his film “Lunch box” was also awarded public liking award.
Apart from Bollywood, he is also known in Hollywood he has shown his acting skills in The Life of Pi, Slim Dog Millionaire and The Amazing Spiderman.
Talking about his work in Hollywood, Irfan khan once said: ” I work in Hollywood movies just for the experience, You may be a little surprised to hear this, but sometimes I get a very little money to do Hollywood movies, many times it has happened that I have lost money because of these films but these films have given me a lot of experience as an actor and have kept my interest in acting”.

Massive loss to the world of cinema and theatre:

On the death of Irfan khan, many personalities belonging to the Indian film industry and other prominent figures of the country have expressed their grief and prayed for his soul rests in peace.
Actor Amitabh Bachan who has worked with Irfan Khan in the film “Piku” says that ” This is the most disturbing and sad news, a Prolific Contributor to the world of Cinema left us too soon.”

Sujit Sarkar, the director of film Piku and a close friend of Irfan khan said in his message “My friend Irfan, you fought and fought a lot, I’m so proud of you and we will meet again.”

Indian Prime minister, Narendra Modi expressed grief over the death of Irfan khan saying that ” his death is a great loss to the world of Cinema and he will be always remembered for his versatile acting.”

Political leader Rahul Gandhi said, “Irfan khan was a versatile and skilled artist and was an Indian Ambassador to the world of film and TV.

Pakistani actress Saba Qamar who has worked with Irfan in ” Hindi Medium” also expressed his grief on Irfan’s death by taking beautiful moments with Irfan Khan to Instagram.

What was Irfan khan’s Illness?

Irfan khan was suffering from a neuroendocrine tumor, a disease that affects the patient’s intestine.

After this disease, the patient’s blood pressure and sugar level are also affected and they keep increasing.

Doctors have not reached a conclusion on the causes of the disease. Neuroendocrine tumors are genetic and are diagnosed after a number of blood tests and scans.
It can be removed by surgery but in most cases, surgery is used to control the disease.

In addition, such drugs are given to the patient that releases a small amount of Hormone in the body.