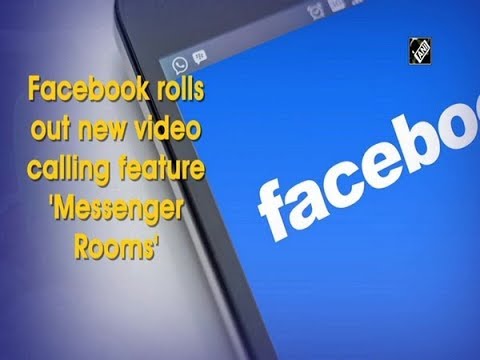 Facebook is all set to come up with the latest tool for video-chatting. By availing that, everyone, even if they have not any account, can join the video chat at any time via Messenger. This could cause a great competition between Facebook and a famous video-calling app, Zoom.

Nowadays, in this critical pandemic, people have been adopting new hobbies, and discovering something new day-to-day on their own. Here, the adoption of video-calling to their loved ones has become more common now due to the lockdown situation worldwide.

Through video calling, staying at their homes, people are seeking ways to combat the boredom.

The recently Facebook-announced tool is named as Messenger Rooms. This feature allows 50 people to drop into the chat. Those who have not social media account can be shared a link to video calls by their friends to enjoy the feature.

The company is also intended to indulge its Instagram Direct, and WhatsApp users with this new feature soon.

The release of Facebook’s new features seems that Facebook has now been concentrating on those products which are more commonly used by a big ratio of people around the world during this epidemic.

Moreover, Facebook Messenger has released a desktop application to let the people video chat on a bigger screen.

WhatsApp, a Facebook-owned application is also thinking about updating the group video-call feature. This way people would be able to voice or video call to a maximum of 8  people at a time.

Messenger Room was introduced by the Facebook owner, Mark Zuckerburg, a move reserved for its future product launches.

The announcement of new features is part of efforts done by Facebook around “video presence,” which he explained as the tendency of getting vibes that you are linked with a person on video.

“Video presence isn’t just about calling someone. It’s starting to be a fundamental building block of a private social platform with lots of different use cases,” Zuckerburg states.

Facebook stated it had learned lessons from its rivals and implemented them on newly developed features to provide its users the best version of it.

Zoom app has been trying hard for providing effective privacy and security to its users to combat the Zoom-bombing-is actually a practice in which uninvited people appear into a video call, also share inappropriate content like abuses and pornography, etc.

Director of product for Messenger, Stephane Taine stated, resolving this security concern was a priority for Facebook.

Amidst Launch, Mr. Taine said, end-to-end encryption for chat will not be entertained, but in the future, this will be encrypted hopefully.

Facebook emphasized it will not have records for audio or video chats on its platform.

However, the giant social media platform will keep the date of users when they open Messenger Rooms. The data gathering will help improve the product and Facebook experience, the company said.