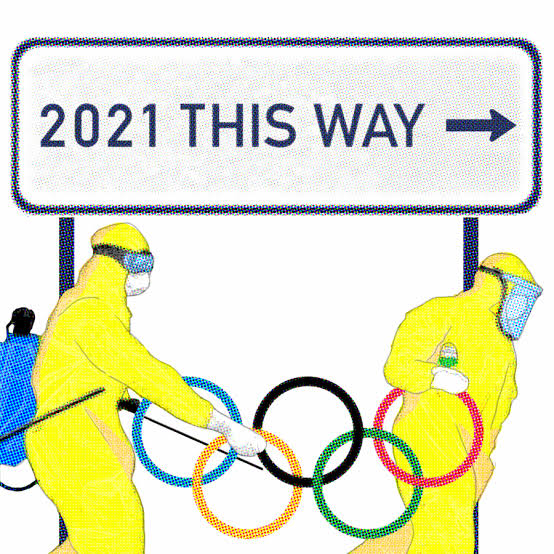 Tokyo Olympics has hugely affected due to the COVID-19 pandemic when it was rescheduled from July to the next summer  July 23 –august 8. However, it’s the first time in years that the Olympics has postponed after world war 1 (1916) and world war 2 (1944).

Japan along with International Olympic council (IOC) decided to delay the Olympics as a result of pressure from federations and in regards of the complaints filed by the players about the travel bans and lockdown they are facing due to COVID-19 and on the other hand the UK, USA and CANADA  insisted for a reschedule and quoted, they would not participate in the Olympics went ahead as scheduled.

In recent days, as the coronavirus continues to spread around the globe, many questions have arisen about whether the Olympics will be held even in 2021 summer.

IWATA told the press that we have been looking into every option and the only way we found for the Olympics to be held is if the virus gets controlled. Furthermore, Japan might be able to control this disease by the next summer but as the situation of the world right now, I don’t see the virus getting controlled anywhere on the earth. In this regard, I am doubting the idea of the Olympics getting held next summer.

IWATA also stated, however, I can see the game occurrence only if we change the whole concept of the Olympics, such as no physical audience and extremely limited participation of players.

The health structure of the globe as a whole has worsened to it’s worst. Japanese officials carried out a quarantine on a cruise and ended up getting more than 700 hundred positive cases on board and 13 people dead.

IWATA is not the only one supporting the idea of no Olympics in even 2021 summer but also DEVI SRIDHAR chair of global health of the university Edinburgh warned that it’s very unrealistic to think that game can be held next year without the vaccine found.

The financial loss of the Olympics being postponed is massive, Japan had invested massive capital into building competition venues and expanding their hotel capacity, average figures are $31billion and $41 billion. However, the tickets for the Olympics had been high in demand globally and around five million of them had been sold.

The Olympics games were expected to attract 10,000 athletes and 50,0000 international visitors to the country, local business, big or small both were expected to record massive profits this year. But due to this pandemic crises, foreign visitors, as well as locals, are locked at home, their financial world is ruined