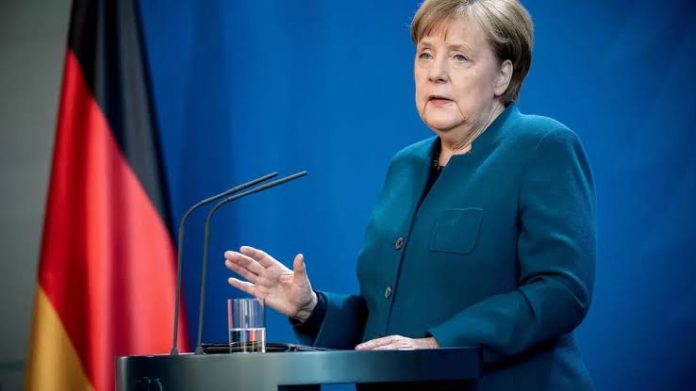 After lifting a lockdown from the country in the mid of April, German chancellor Angela Merkel is looking to ease the restrictions imposed on the country’s residents. The plan includes only two families meet-up, restoring shops and small businesses, and the Germany Bundesliga football league to be resumed.

Ms. Angela cautioned the people, first-phase of difficulty was done but there is a long path to walk across, as the prevailing outbreak would stay with us for long.

In a video-conference held on Wednesday, Germany’s state premiers will consent with a new plan of Angela Merkel to eliminate the further restrictions, two sources told the media.

In the second phase, two households will be enabled to hang-out, the shops and small businesses will be allowed to resume but with extra preventive measures to be taken.

Social interaction would not be allowed to a greater extent, people have to take care of social distancing by staying 1 m apart from the other person and will have to make the nose and face-covering mandatory.

German Bundesliga football League matches shall be resumed from the mid-May.

Aim of easing the restriction is to let the people take a sigh of peace and pleasure, but extra measures would have to be taken in order to make the next phase effective.

Conferencing to the German state premiers on Wednesday, Ms. Angela Merkel said the government had got successful in partly controlling the pandemic. She made it obvious, the second phase would be succeeded only if the people cooperate with the government’s decisions.

After making a consensus with German’state premiers on the next ease in restrictions, Angela said,” we are walking on a courageous route, we can manage to be courageous but we have to be warned with the situation ahead of could be.”

The country has reached 167,239 cases foe COVID-19  with 6993 deaths so far. After going through a tough situation, Germany eased the lockdown in the middle of April with some precautionary measures to follow.

Face masks have been made compulsory to the state. The huge capacity of testing has been introduced to tackle the transmission of the virus.

State premiers are agreed to allow the Bundesliga football season to be continued from May 15, but the spectators will not be allowed to watch the matches sitting in the stands.

The statement from managing director of German Football League Christian Seifert has been published after the mentioned announcement by Angela Merkel. In a statement, he said, ” this seems to be a “good news” for the Football fans and Bundesliga. He added, the empty ground would be a better way to resume the matches.

He said, ” I would pay a bundle of thanks to all the decision-makers of federal and state government for showing trust towards them.”