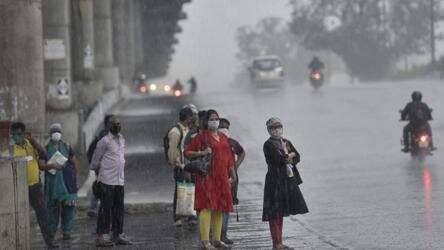 The sea storm named Cyclone Nisarga hits Mumbai shorelines today on Wednesday. It is being considered as powerful as Cyclone Amphan.

India’s focal city in terms of the industrial revolution as well as for being considered as an entertainment hub, Mumbai could receive the hardest hit of cyclone today on Wednesday that was not received for two decades.

In past history, in May 1681, the powerful storm hit Mumbai’s shorelines. In recent times, three years ago, in 2017, Mumbai recorded cloudburst rainfall but it did not result in a cyclone.

But this time the situation may take a turn, as the Indian Meteorology Department has been predicting a strong sea storm with heavy rain along with the gusting wind that could submerge the low lying areas of India. As per the Department prophecy, the storm might be as strong as the recent cyclon Amphan that occurred about two weeks ago, and caused devastation in  West  Bengal and brought causality level to 90.

Professor Sobel, India’s researcher who has researched on Mumbai’s cyclone bracing, stated the cyclone that is named Cyclone Nisarga will beset Mumbai when it will reach its deadliest level with a maximum wind speed of 110 kmph.

This forecast is not a good sign for Mumbai, intensity prediction seems good for the city though.

However, it will be a dangerous storm so people should have safety precautions, and things may change with time. People should keep an eye on weather predictions consistently to tackle the situation if it gets worse.

Authorities have alerted Mumbai’s citizens by issuing orange alerts for the city that means the city would probably face cloudburst rainfall.

The worst part of Mumbai is, it is heavily populated, and the low lying areas are exposed to sea so that storm surge could have a devastating impact on these areas along with heavy flood and rains.

Due to Cyclone, Mumbai has banned people to rush to the coastline till Thursday to ensure their safety. Rescue teams have been put to standby to fight the situation. A pack of 19000 residents of  Maharashtra has been shifted to the safe zones.

Authorities warned people to keep their emergency kits ready, check for air leakage and damage to electronics items, stay away from windows.

This would be the second sea storm Mumbai experience within two weeks. Wind speed expected to reach 100 kmph, with gusts up to 120 kmph.