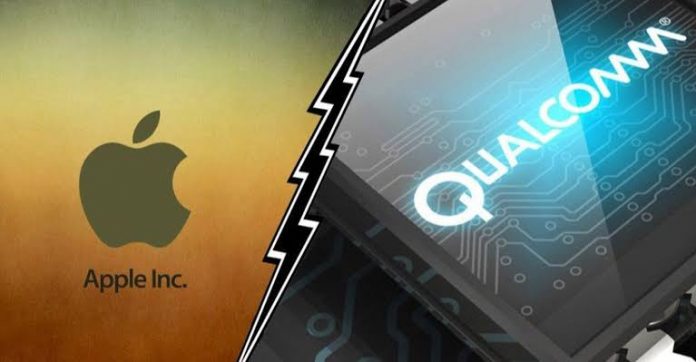 China is ready to ban US leading tech company Apple in response to Huawei ban by US President Donald Trump.

China is making its move to go against US renowned companies such as Apple, Qualcomm, and Boeing after receiving a ban from the US for its Huawei Company.

On Friday, the US moved to ban shipments of semiconductors that are direct products of certain US software and technology, and the US Commerce Department stated it was bringing changes to the export rule, considering excluding the Huawei from its list. This move seems to be a target action towards Chinese companies, Huawei.

In counteract, the Chinese government is planning to emerge with countermeasures to enforce the restrictions on US-based companies Apple and preparing to include its name in the list of unreliable entities named ‘unreliable entity list’.

If the US remains Affirmed with its move and continues to head with banning essential suppliers chips, China will take forceful countermeasures in support of its own legal rights.

China seems to be knocking out those US companies that are immensely dependent on the Chinese market, these are inclusive of Apple, Qualcomm, Cisco, and Boeing.

Ban from the US government from buying American technological equipment forced the Chinese government to run the “Boycott Apple” movement. As per that, the country’s many companies were asked not to use American products, in case, employees could be fired for violating the movement.

Huawei has still kept on with the usage of American software and technologies despite banning, the US Commerce Department claimed.

On the other hand, the US is also persuading its allies to prohibit the use of Huawei products, expressing privacy and security concerns that Chinese products could be used for surveillance purposes, however, China turned down US claims.

Analysts have already speculated the current scenario prior month. Intense situations between the US and China have already been twigged by the tech Experts. Some of the Chinese residents are demanding to boycott the company on social media.

The CEO of Huawei company, Ren Zhengyi emerged in support of Apple. In an interview with Bloomberg Television he said, “If China imposes a ban on Apple, I will be the first to protest.”

The statement reveals that Ren has not accepted the ban. He said, “Apple is the leading company worldwide. If there was no Apple, there would be no internet access to the mobile…”

Apple is the one who helped people see the real beauty of the world, it could not be possible in the absence of its outstanding inventions.

He mentioned Apple as his teacher and said, as a student, he would never go against his teacher. iPhone has a good ecosystem, he said.