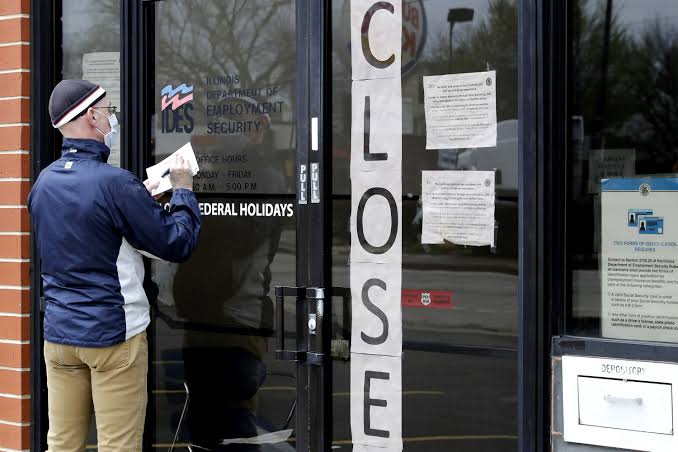 Amid pandemic, the economy has got worst worldwide. US unemployment claims 33.3 million people. As per last week’s figure reported by the Department of Labor, in excess of 3 million people filed for the unemployment benefit program launched by the US to help the people who have lost their jobs amid deadly pandemic.

In the half of March, an aggregate of unemployed people reached 33.3 million including new applications, that comprise a total of 20% of the working community in the US.

The number of new applications for unemployment benefits has declined after touching a height of 6.9 million in the month of March, the Department of Labor reported.

However, the surge in availing benefits by the jobless community has been observed consistently though many of the shops and businesses have been reopened to restore the economy. 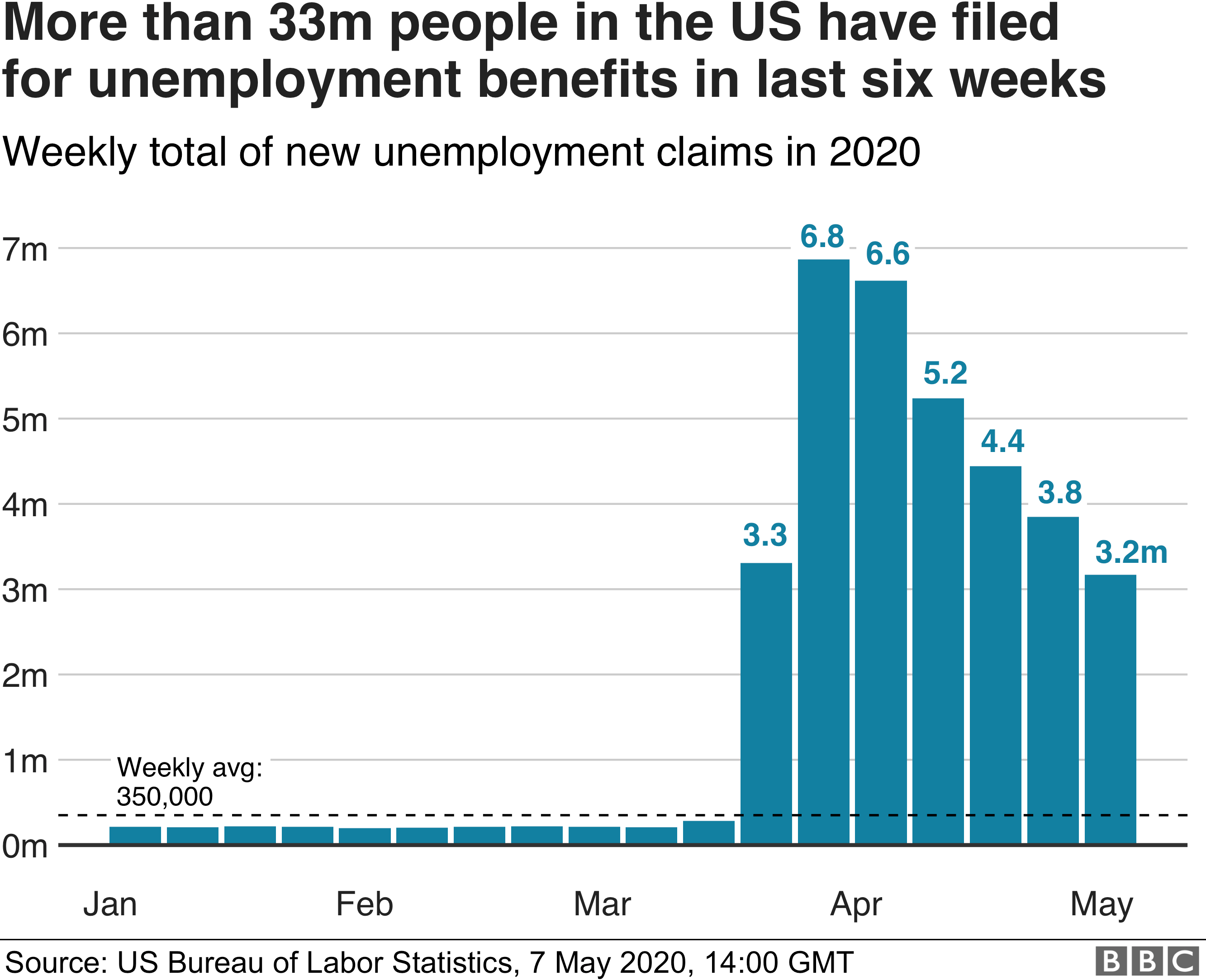 US Economy Expert at Capital Economics, Paul Ashworth showed disappointment in his statement saying the continuous rise in claims is disappointing, this seems only a small ratio of people have been re-employed after easing the lockdown.

The prevailing pandemic has hit the economy badly as it can be realized how much the worst situation, in the context of the economy, people have been facing. From restaurants to hospital exercises to big level administrative work, everyone is confronting the economy’s worst response.

Many firms such as Uber, Lyft, and Airbnb have recently dismissed the significant ratio of jobs, as the lockdown shut the traveling all around for a specific period of time.

For April, Monthly jobless rate will likely be increased by 15%, economists suggest.

If we talk about the previous record of the unemployment rate, this was just 3.5% ahead of these two critical months.

Now, the weeks of surged jobless applications have jumped the toll of the previous record of 700,000.

The deadly pandemic has got the US economy map worse after besetting the US with 1,292,879 cases statewide. The country has seen a record spike in the number of unemployment claims that it did not observe since the 2008 economic crisis.

Everything, related to finance, has been experiencing a delay. Renters do not pay at the start of the month due to the economic crash. Food pantries have seen a surge in demand.

One of the Professors at Princeton University significantly states, “the situation will get the worst  if this seems to continue the way it does right now, the economic crisis would turn into homelessness crisis.”

Economists say the economy could take a u-turn if the businesses would start to reopen.

Clothes and Accessory Retailer Brand GAP has declared to resume some of its stores. However, other Brands including J Crew have got bankrupt.

Moody’s Investor Service has claimed the rate of jobless people would bounce back to 7%, depending on the pandemic situation nationwide.

If the US does not overcome a pandemic situation, the unemployment ratio would likely increase due to the shutting down of businesses. And the temporary jobless people would become permanent if the epidemic is not contained by the US, analysis claims.