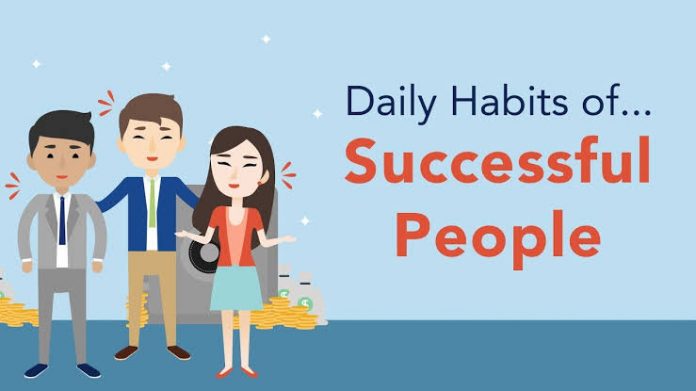 What is success? Most of you would say that winning something or achieving something, being considered by thousands of people, being appreciated, or fulfilling your goals and dreams is called success. Apparently, yes, it is, but truly it isn’t. Success means your brain is open for timeless wisdom around you, that achieving something never ends its value or regard, your life is a sentence you may add a comma or an apostrophe but never add a full stop, ever.

We blame God for creating us so unevenly, mostly regarding our intelligence, Why is he/ she always taking positions, even though I studied, why is he/ she so active and I’m not, and consider everything that person is and you aren’t… But apart from copying that successful human being, have you ever taken a moment to trace your own mistakes? Let me guide you then. Your first and for most error is that you compared yourself, which most of us unintentionally do, but few, among us, are so obsessed with this habit that even we are particularly being demotivated by our own point of views regarding ourselves and we don’t care, we like to bully ourselves. Your second error is that instead of appreciating your abilities and yourself, you spend most of your time appreciating others, which is a good thing but saying that Man he/she is amazing I wish I was the same as him/her isn’t going to take you anywhere, don’t wish, work on yourself, don’t be overconfident or totally lose confidence on your abilities, be moderate about them and work on them. And your final error is that you don’t know who you are, or what personality you have, this is the result of all that comparing drama and thinking that you were a useless potato, in the end, you actually become one. And potatoes end up being someone’s chips they don’t succeed in anything other than that.

Now let’s come to that part which can actually benefit you,

Success is about cultivating astonishing habits in your useless selves, to learn them, and to apply them in your lives. And here are the following that you need to do

when I was a kid I along with my class fellows used to sing in my class ‘Sunday is a Fun day’ without knowing what was so fun about that day. And growing up has taught me to value SUNDAY in many ways, one important thing of this day is that you can plan your entire week, you can plan your things, and assemble your tasks, assign yourself with things that you can pretty much carry out. Trust me it helps, not the singing part, the setting up your to-do list part.

there is a difference between the leader and the led, that is to take actions, whatever they think, they do it, the only reason why they lead is that they have gained their own trust and the trust of others as those who accomplish things, tasks and goals. They take risks, they don’t fear consequences, and they don’t find reasons and justifications for not doing things because they know that every beautiful adventure begins with an accidental step. Begin with mini achievements, that way you can get motivated, don’t jump towards something big, start with little.

looking after yourself, taking care of your hygiene, your diet, your exercise is a trait that is so commonly found in successful people, hygiene includes brushing yourselves off from dust, taking shower, which most of you guys won’t take even if your mom yelled at you “take the God Damn shower, you’re stinking the whole house!” and still you’ll be like “nope”, this is the matter with you lazy people, you all want the big picture to have success, but don’t know the basics to even initiate your ideas. Know that it’s all going to start with you, eat healthy so you can stay healthy and perform tasks efficiently, do breathing exercises as it helps in keeping one’s mind relaxed, and strengthens heart, take a walk, don’t take that phone with you, take proper sleep, wake up early. And then we’re good.

here is a thing with failure it 100% teaches us through pain, actual positivity arises from negativity and heartbreaks, a successful person knows what is important in life, and understands the meaning of failing at a particular task. It’s easy to smile the brightest when days are good, but it’s important to smile even brighter when you see that things aren’t going according to the ways you planned them to be or even predicted it to alter in such way. As Mark Manson says “Just because everything appears to be a mess doesn’t mean you have to be one”. And this powerful line reminds me to value my fears of losing, and to stay positive even though it becomes hard to do that, I am a human I do fail a lot, I’m not perfect, and IM NOT EMBARRASSED to even say that. So be positive people, try finding the ones who are positive for you and your life, those who know how to appreciate truth and success and don’t make you feel ashamed of your failure or who you are, and in case if you can’t find any of them, be your own positive person till then.

Prevention From Sweaty Armpit Marks On Your Clothes