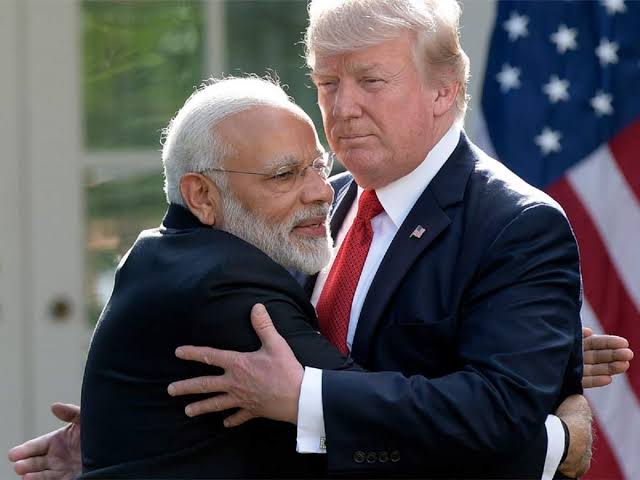 Apparently, America-India Friendship has been prominent all over the world. Prior to the presidential visit, all the significant figures which include Indian President Ram Nath Kovind, Prime Minister Narendra Modi, Indian-based American Embassies, American-based Indian Embassies had been followed by the US’ White House Twitter account. Earlier this week, all the above-mentioned accounts which belongs to India, were UNFOLLOWED straightway by the Twitter account handled by the White House.

As the news surfaced many of the Indian figures, as well as the common public, started talking about the move taken by the US.

A prominent figure in Indian politics, Rahul Gandhi, leader of Indian opposition party Congress condemned the act of the US White House and asked the Indian Ministry of Foreign Affairs to take notice against it. 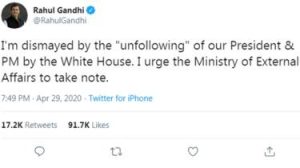 Many of the Indian users put Twitter on fire, started tweeting against US President Donal Trump using the hashtag ‘Corona Carrier Trump’. The hashtag indicating, the liability of Trump in spreading the pandemic.

One of the random users tweets, “Ahmedabad, Agrah, and Delhi, wherever Trump went are now in worst condition due to coronavirus.”

Finally, the US White House broke the ice and issued a statement regarding the follow-unfollow scenario. White House Twitter handle states, this is the policy that it follows the accounts of those countries for the time being where the Presidential visit takes place, in order to share the information publically regarding the trip.

Shamshad Ahmad Khan, a former ambassador with a keen eye on the changing situation in the region and Pakistan’s permanent representative to the United Nations, told the BBC that he believed it is an indication of dislike for Indian policies by the US.

“This would not become the cause of any reforms in government policies but can be a sign of disapproval of Human Rights violation taking place in India,” he added.

Moreover, he states, since the outbreak of a pandemic, India has been crossing its limit in Human Rights violations against the minorities of the country.

‘Indian officials now have to realize the fact its good image is now being eliminated from the good books globally.”

However, Senior Analyst Dr.Huma Baqai has her own vision to see the whole scenario. According to her, this event should not be focussed as to following and then unfollowing does not define the actual strategic relationship between the countries. To inspect the actual phenomena between the countries, people have to go ahead of the Childish behavior over the follow-unfollow issue.