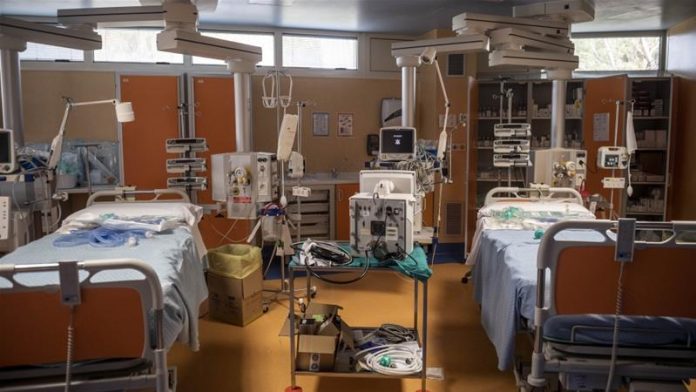 Probably because the world was not ready for a Pandemic that has collapsed the health systems of the most developed countries or more clearly, it was not informed beforehand of such an outbreak. Lack of leadership can be accounted for an unprecedented outbreak and misleading the healthcare systems. Technological advancements are of no means and countries are not prepared if this outbreak is termed as a biological war. The devastation of COVID-19 exposes the powerlessness of the world towards viruses and show that the world is a ‘playground’ for such a virus.

The novel coronavirus has triggered the leadership of people as well as the governments. The virus has clearly depicted that, ‘Humanity lacks leadership’. In the recent years, irresponsible politicians have deliberately undermined the trust in science and in the concerned authorities. This led to a lower-level international corporation between countries. China has, to an extent, acted as a global leader when it controlled its outbreak and assisted other countries with tactical equipment. The United States ended its role as a global leader and has ended support for international organizations such as the World Health Organization. It is by far the hardest-hit country with 2.1 million cases and deaths amounting to a quarter of the total figure. The leadership of the country has shown inadequate behavior towards managing the sky-rocketing unemployment rate and the collapse of its healthcare system. The refusal of scientific advice and putting the economy before people’s lives has proved to be the worst leadership scenario for the United States and Brazil.

While people claim that de-globalization by means of restricting air travel, closing borders, and self-isolating countries is a way of controlling the outbreak. But the Black Death of the 14th century managed its way towards Europe, Asia, and America even without airplanes and automobiles. The lack of leadership at a local level is shown with the lack of trust in scientific advice and precautionary measures. Hence, a deliberate global cooperation is required to gain victory against the virus.

With an unprecedented surge, COVID-19 is assumed as a biological war in the world. How come the advancements of the world cannot control a virus from taking people’s lives? Why the ‘Super Powers’ have fallen short in preparing for this biological war? The most advanced civilization of the earth has failed to fight against a virus.

The healthcare systems remain the worst exposed sector of the outbreak. Due to the poor healthcare system around the world, health workers have lost their lives while saving others. They are not provided with protective equipment for treating patients and end up being victims as well. Governments should support their health workers fully and should address the problem of lack of capacity in the hospitals.

The leadership of some countries has failed to confront the issues created by the outbreak and their inadequate response has created far worse problems. Technological advancements are of no means and give no advantage to the world that is being galloped by a virus. Mismanagement of decisions has resulted in a collapse of health systems. When people will squabble, the virus will double.