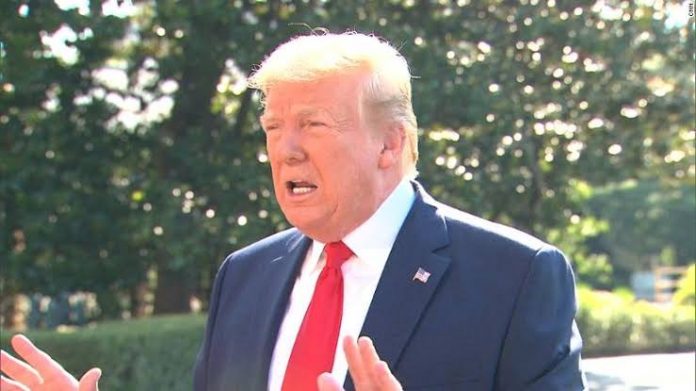 “We have done an amazing job” in combating the coronavirus, Trump gloated, despite the fact that the country drives the world in lives lost to the pandemic.  President Trump lashed out at CNN reporter amid press conference and Slammed the CNN news network a ‘fake news’.

President Donald Trump bragged on Monday that his administration was working superbly engaging COVID-19, even as America drives the world in loss of lives to the pandemic. At the point when he was challenged, he lashed out at “fake news CNN.”

That is when CNN columnist Jim Acosta contributed: “But why does the U.S. have so many deaths? The U.S. has so many deaths compared to so many countries around the world.”

Trump cut him off. “Counterfeit news CNN, hold it,” he said.

He never tended to the numbers throughout the remainder of his remarks.

“We have done a great job in this country,” Trump included. “We haven’t been given … the vice president, the task force, have not been given the kind of credit. If you look at countries all over the world are exploding right now — people that you said were doing a wonderful job, so wonderful, but right now, take a look at the countries that are exploding.”

He included: “What China unleashed was a very, very sad situation.”

Asked Trump why the US has so many deaths compared to so many countries around the world. Trump claims the US has done “an amazing job” on the coronavirus.

COVID-19 cases are flooding in a few nations. In any case, the U.S. was all the while driving Monday in case numbers — and deaths.

The all out U.S. loss of life as of Monday was more than 155,000, while the worldwide tally was 691,000. The U.S. has counted over 22% of worldwide coronavirus fatalities in a nation with only 4% of the world’s population.

Trump again promoted hydroxychloroquine as a treatment for the novel coronavirus in his comments, repudiating science specialists on his own team that the medication has ended up being incapable against the infection. It can likewise cause deadly heart arrhythmia.