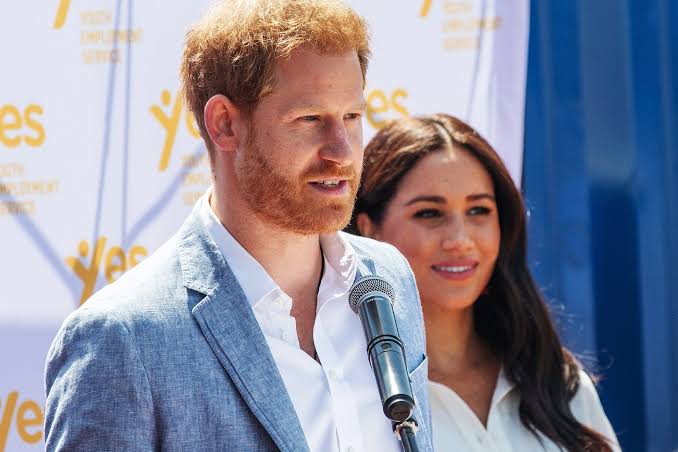 The Duke of Sussex, Prince Harry talked with Rashad Robinson, activist and President of Color of Change, about the structural racism.

The Duke of Sussex told Robinson, leader of Color of Change, that moving in the direction of closure racial unfairness is “not down to the Black community,” but instead “down to every single person that is on the planet right now.”

“There’s so much that has happened for so long that ― once those problems exist ― charity is crucial in so many areas, but it can’t fix the problem,” the duke said in a video clip shared on Instagram Friday ahead of the interview.

“The problem already exists by that point, the problem is already too big. And, as I’ve said to you before, it’s basically like bringing a bucket of water to a forest fire. We have to go to the root of the problem, to the source of the problem, and actually fix it there.”

Robinson revealed to GMA that the royal was attempting to be a piece of the arrangement and was “really reaching out to people who are not yet involved,” in the campaign and “who may even think that it’s bad, but haven’t done anything.”

“What he was inviting people into was the opportunity to be a part of making a difference,” Robinson included.

Since venturing back from the regal family, Harry and Meghan Markle have been progressively engaged with battling for racial equity in the midst of the Black Lives Matter movement and George Floyd’s demise, recognizing more should be done to battle institutional racism.

“My wife said recently that our generation and the ones before us haven’t done enough to right the wrongs of the past. I too am sorry,” the Duke of Sussex said during an unexpected appearance at The Diana Awards a month ago.

“Sorry that we haven’t got the world to the place that you deserve it to be. Institutional racism has no place in our societies,” he added. “Yet it is still endemic. Unconscious bias must be acknowledged without blame to create a better world for all of you.”

Well before joining the imperial family, Meghan, who is biracial, talked about her very own experience with prejudice.

I’m biracial. Most people can’t tell what I’m mixed with and so much of my life has felt like being a fly on the wall,” said Meghan, who was then featuring in “Suits.”

“couple of years ago I heard someone call my mom the ‘n-word,” Meghan stated. So I think for me ― beyond being personally affected by racism ― to see the landscape of what our country is like right now and certainly the world and to want things to be better.”