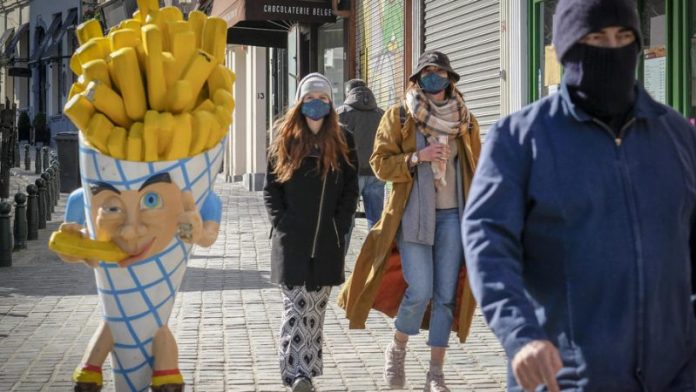 One of the European countries, Belgium Prime Minister, Sophie Wilmes has declared a precise plan regarding lifting the lockdown throughout the country. Plans show, ending up of the restrictions in the prevailing situation due to Corona Pandemic would be gradual.

According to the fresh regulations for Belgium citizens, revealed in the plan, all the shops would be free to reopen from 11th May and the schools would be allowed to return after a week.

Still, Wilmes also declared the plan is not affirmed yet.

About in an 11.4 million population-contained country, approximately 44,000 cases surfaced with COVID-19 positive, and the death toll has reached 6,700 reportedly so far.

There are other countries nationwide, who are misleading the globe with false reporting of the death rate.

After having a brief discussion which was held on Friday, Ms. Wilmes revealed a schedule to gradually lift the country’s restrictions which commenced on 12 March.

Recently, due to quickly spreading pandemic, COVID-19, on many of the countries worldwide lockdown had been imposed in order to stay quarantined and safe.

Firstly, fabric vendors would be given permission to reopen their shops in order to help people implement the plan’s rules. As per them, each Belgian aged 12 or above would be restricted to cover the faces with masks on public places and transport. The rest of the shops will be re-opened the following week.

In addition to this, schools will start again from 18th May, but there is a rule to follow. Each class will be able to contain only 10 pupils. Food courts such as restaurants and cafes will not be allowed to open until 8 June.

Meanwhile, other European countries have already eased the restrictions by declaring safety precautions.

In Germany, shops have already opened back and the school will reopen from 4 May. However, food courts and the rest of the public venues are still closed yet.